Growth for Your Business 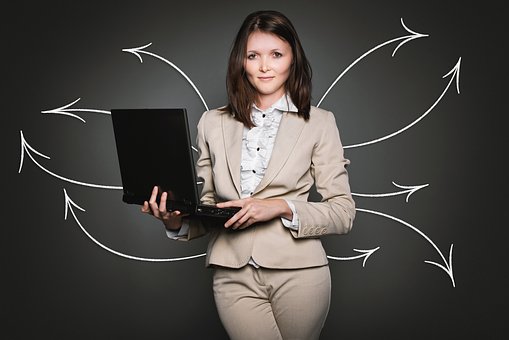 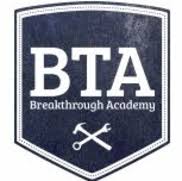 Danny Kerr is the current managing partner of Breakthrough Academy.  This Academy was created to help businesses focus on the task of making their business more efficient and profitable. It was made for the trades industry to help give entrepreneurs the skills to be more successful while providing the requirements for a stronger foundation. They have, on average, 225+ members with $450 million in revenue.

“Instead of just winging it and hoping for the best, I needed to actually figure out where the future was going to go.”—Danny Kerr

He decided to take all of the numbers, all the company had done, the previous year and recalculate it. This helped him determine how many leads he needed to generate and through which channels. Some examples are flyers, cold calling, referrals, etc. Basically, it gave him the framework for actionable steps to take to increase their leads. 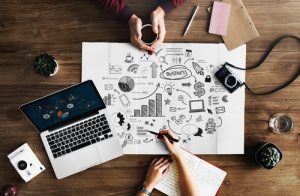 How he has moved numerous companies in the right direction:

Breakthrough Academy is essentially a franchise system for business owners that are in the trades and services industry. That doesn’t mean you have to buy a franchise from them, but it is an option other than just the training. They give you the training, the support, the feedback, the templates, and the processes to become successful.

Breakthrough Academy (BA), has 230 active monthly clients and manage just under half a billion dollars in revenue.

Danny states that growing up, he never really had anyone “business-minded” around him. His peers were not the type and his parents were not exactly role models. What brought him to where he is was himself and hard work. When he first started at College Pro., he was working over 80 hours a week, had paint all over his hands constantly, and growing bags under his eyes. However, beyond the insane amount of time and self being put into the job, he was bringing home $10,000 monthly.

“I don’t think any business owner can get a better education than just to put themselves through that.”—Danny Kerr

Over time, he became better at interviewing, better at selling, better at processing information. He was slowly being groomed through sheer hard work and dedication.

There are many teachers in his family. Although his parents were not the “role models” he needed, that teaching spirit is in him. It really shines through with his current role.

With a franchise, you know it is a system that works. There is a proven model that you can follow up with, your ratios are given to you, and all of your templates and backend work is there. You even get to talk with other franchises doing the same thing.

The downsides in a franchise is, you never really get out of the day to day processes. Expanding, growing, and developing also become complicated as you may only have one “turf” to operate in as everything else is sold. 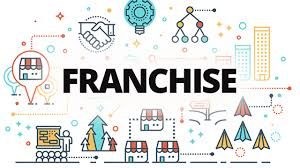 Entrepreneurs can start a business, create another one in any other city, and grow or not grow. Franchises cause a lot more limitations than being an entrepreneur with licenses.

There are many franchises that simply become a franchise because they are a big organization and want to make more money. They create an environment where its all about selling and making money off of the backs of hard-working people while providing no support.

“Franchising is a lot more about training, development, and recruiting the right people than just sitting back and collecting royalties.”—Danny Kerr

The details can be what keeps you from ever getting started. Keep them in the back of your mind. Yes, details are important, but not until you have worked out the mainframe. Book jobs, produce work, learn about what your value and unique additive to an already existing industry.

Overcomplicating things, making it perfect from the beginning, can keep you from ever executing the main processes. In the start-up phase, it is all really sales and marketing. You are working to figure out what it is you actually have. After a year or two, you begin to see patterns. You start to see what the customers are actually asking of you as well as what you are good at. Once you see the piece of the puzzle that makes you “unique” and how what you are offering is different than your competitors, you can begin to niche down.

Set an end goal. Where do you want this business to end up? If it is a number that you want to be creating in revenue, set the number and checkpoints to get you to that end goal. Making key performance indicators (KPIs) will help you see smaller actionable steps and checkpoints to bring a larger end goal down to a more practical idea.

Basic tasks are repetitive, like digging a ditch. If you pay someone to dig that ditch on an hourly rate, they will take longer to make more money. However, if you pay someone piece rate to dig ditches, they will have more ditches dug in the same amount of time.

When you apply that same logic to complex tasks and management, you don’t want everything done too quickly, but also do not want to pay a large hourly rate. The bonuses and money related motivation needs to be done in such a way as to not interfere with the actual tasks that need to be accomplished. 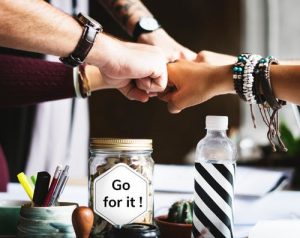 Core principles when going out on your own

Danny talks about the stresses of “being out on your own” financially. He tells of a time his wife was on maternity leave and he was so stressed about finances that he wanted to return everything after every purchase. There was even a point he wanted to return a meat and cheese platter because it was high priced.

When you start to feel threatened and like the world is closing in on you, you are not thinking straight.

“When you’re high in emotions, you’re low on intelligence.”—Danny Kerr

Take that time to slow down, appreciate what is really important at that moment, and give gratitude. For a lot of entrepreneurs, what makes or breaks them is how they handle these moments in life. Great ones will take them as opportunities to move forward, to overcome, to beat the odds. However, some will avoid stresses all together. Neither option is wrong, but one does come out more successful in the long run. I am not saying “go find every hard possibility” and chase the chaos, but do not shy away from it when it comes.

“There are two sides to running a business: the head which is all the analytical stuff, and the heart, which is your ability to understand people, follow your passion, and drive yourself through adversity.”—Danny Kerr

Hiring the next generation: 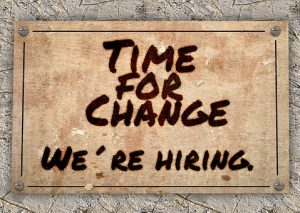 Something to realize in the trades industry is that the labor market is shrinking. The younger people are coming out into life wanting to be the next Mark Zuckerberg while the older generation is retiring. This is causing a huge labor gap, which seems now to be getting replaced with AI.

To attract that younger generation, you will have to have more of a sales and marketing mindset. When you are placing a job ad or trying to funnel in high-quality candidates, make the offer of a position in a way you would sell to a client.

People use Indeed, Craigslist, Zip recruiter, and even Facebook to attract their ideal employees. Using your existing network of employees to bring in referrals on Facebook is another great way to go. Like attracts like.

An option not many consider but has seemed to work for Danny and his company is direct messaging. He has everyone on the staff send one hundred direct messages looking for referrals while also offering a recruitment bonus.

People do what you inspect, not what you expect.

“I have a staff that I trust immensely.”—Danny Kerr

Holding your staff accountable is very important. You may not have to inspect them every day, but keeping them accountable checking in with them, this is all part of managing a team. You will hire those that are go-getters, those who do not need constant reminders and mediation, and then you will have those that are only there for the money. If you are trading time for money, not quality, not motivation, you are not as likely to have the same results. Those

kinds of workers can become lazy, start slacking on routine tasks, and require a lot more processes to be put in place to be kept accountable.

When you are in the hiring process, you can really take the time to weed these people out. Tommy Mello recommends that you always be hiring. It is far better to have a lot of “star employees” on your team when you need them than to be filling those slots out of desperation.

Character: Can I get to know you? Do I know you? Can I feel a bond there?

Everyone has a different preference for which one of these three matter the most. You have to find the one that really speaks to them. This comes from knowing as much as you can about your audience. 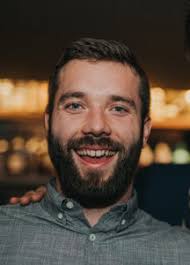 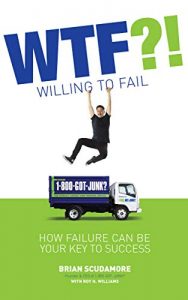 You really need to think through your plans for next year. Create a plan for your business, one that can advance your company forward

To listen to the entire podcast episode, head to: Episode 58