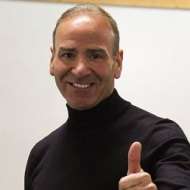 Paul Akers is the founder and president of FastCap, a product development company specializing in woodworking tools and hardware for the professional builder. FastCap was started in Paul’s garage in 1997 when he simply “fixed what bugged him” and developed his first product: the Fastcap Cover Cap. From humble beginnings, and no MBA, FastCap has thousands of distributors worldwide in over 40 countries. Paul’s intense curiosity on how things could be improved paved the way for him to become a prolific innovator and today he holds many US and International patents. FastCap
launches approximately 20-30 innovative products per year and has won business of the year in 1999 and 2010. In June 2011 Paul won Seattle Business Magazine’s prestigious Business Executive of the Year award. He wrote his first book, 2 Second Lean, about creating a fun, Lean culture, that, is now available in 14 languages. In 2015, he wrote his 2nd book, Lean Health, in 2016, he wrote Lean Travel and in 2019, he wrote Lean Life. In 2016, Paul’s book, 2 Second Lean, was recognized by the
Shingo Institute and won the Research and Professional Publication Award. Paul learned to embrace adventure and pursue excellence by his father when he earned the rank of Eagle Scout at the young age of 14. At the age of 15, Paul built a guitar in high school woodshop and earned the attention of Bob Taylor, founder of Taylor Guitars. Bob put Paul to work the day he graduated from
high school and mentored him, making a lasting impression as Paul watched Bob – a true American innovator – changed the guitar industry right in front
of Paul’s eyes. In 2017, Paul was honored to document Bob Taylor on his World Forestry Tour where a small team journeyed around the world to increase awareness of sustainable forestry practices. He graduated from Biola University in 1983 with honors, obtaining a degree in Education. Paul worked in Pasadena, restoring some of the most prestigious historical homes and became part
of an exclusive group of craftsmen that built the home for the editor of Architectural Digest. Paul taught Industrial Arts at Mark Keppel High School where his innovative thinking led to the development of a program that focused on teaching kids to build furniture, rather than the standard high school projects like key racks and cutting boards. He catapulted into the business world when his knack for problem solving led to an invention and
eventually to his own manufacturing business. Through a series of twists and turns he discovered Lean and the Toyota Production System (TPS) which was instrumental in propelling FastCap as an example of Lean manufacturing and culture, followed by thousands of companies around the world. In 2010, Paul ran for the US Senate in Washington State on a Lean platform of transforming government by empowering people. After the election, Paul has continued to work with various
government agencies teaching Lean thinking and helping them create a Lean culture in government organizations throughout the country. In 2013, Paul was invited to do a TEDx talk on innovation. In 2017, Paul was selected as #3 Individual Thought Leaders & Influencers in The Global State of Operational Excellence, Critical Challenges & Future Trends. Paul is an avid outdoors man that surfs, runs, swims, bikes, and has summited many 14,000 foot mountains, including Mt. Kilimanjaro, and trekking to Everest Base Camp. Paul is passionate about health and completed 2 ironman (Lake Placid, NY and Vichy, France). Paul is an instrument rated pilot with over 2,000 hours of flight time, which includes 3 North Atlantic crossings in a single engine plane. Paul is an energetic speaker whose core passion is helping people discover their full potential and showing others how to implement Lean in their business and personal life. Paul’s passion for
Lean has taken him around the world to over 102 countries to work and speak with such notable organizations as the Israeli Defense Forces, Mercedes Benz, Amazon, the US Navy, Turner Construction, and many universities. From Kazakhstan to Iceland, Tasmania to Japan, Germany, Israel, Africa and Slovakia, you never know where Paul is ... but for sure he is teaching Lean
concepts with passion and excitement. Paul is also passionate about Japan and teaching people the philosophy of this amazing country (Japan Study Mission). He has trained over 25 teams in Japan at
Toyota and their suppliers. Paul has thousands of followers on his weekly podcast, “The American Innovator” where he teaches about the power of
innovation and Lean thinking. He shares his insights and
observations as he interviews fascinating people along with documenting his travels and adventures around the world with staggering photography and videography.
Paul has been married to his wife Leanne since 1983 and they have 2 grown children, Andréa and Kolbe, who work with him at FastCap. It is truly a family run business!