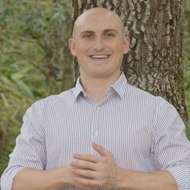 They spent years hiring hundreds of freelancers while running their first eCommerce business and found themselves spending hours every day recruiting and interviewing instead of focusing on growth.

They faced turnover, disappearing freelancers, and poor communication. They decided that they wanted to create a BETTER solution to hiring freelancers online.

In 2015, the duo founded the FreeeUp Marketplace with the goal of pre-vetting all freelancers and providing a hands-on experience for business owners.

2015: Frustration With Other Hiring Marketplaces

Nathan and Connor built their first eCommerce business to sell over $25 million online, but they continued to run into turnover and lack of time for growing the business.

They used all of the top hiring marketplaces available to recruit, interview, and hire freelance talent, but it was never a fully optimized experience. They longed for a marketplace where the freelancers were already vetted and they knew they could find someone reliable quickly.

In mid 2015, Nathan and Connor had an ah-ha moment where they decided that they wanted to build a better marketplace for business owners. They decided to start building a marketplace that they had always wished they had for themselves.

Their new marketplace would (1) pre-vet all freelancers and only allow the top 1% into the network (2) offer a hands-on experience for clients (3) eliminate freelancer profiles (4) make the matching process between the client and freelancer FAST.

With an expertise in selling on Amazon.com, Nathan and Connor spent the first year gaining popularity within the Amazon seller community.

They recruited top Amazon freelancers from all over the world, pre-vetted to find the best, then made them available to hundreds of Amazon sellers looking for freelance help to grow their businesses.

In FreeeUp's first year of operations, it became the TOP marketplace for hiring Amazon freelancers online. The company continues to uphold that reputation within the Amazon seller community.

2016: Expanding Into Everything Ecommerce

After seeing rapid growth within the Amazon seller community, Nathan and Connor expanded the companies services to all eCommerce companies.

With the FreeeUp community buzzing, Nathan and Connor started adding digital marketers and web developers/designers to the marketplace out of demand from clients.

2018: Offering Everything to Everyone

As Nathan and Connor started 2018, they created a goal to become a household name for businesses and entrepreneurs offering a BETTER solution to hiring freelancers online.

Today, the FreeeUp Marketplace offers over 85 different skill sets across a variety of disciplines for $5 to $75 per hour. Businesses from any industry can utilize FreeeUp for skill sets that they need to hire for their business. And the hands-on experience continues to hold up from the early days of the business.