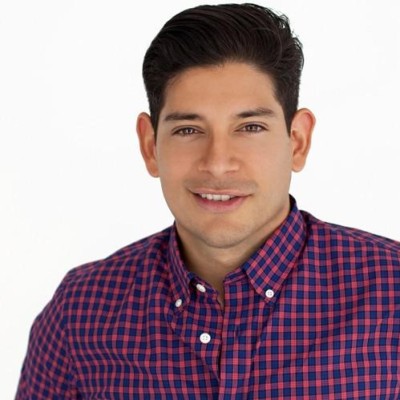 As an entrepreneur, Michel has grown a hospitality company with over hundred employees and tens of millions in yearly revenue. The strategies and tactics he shares with his clients and audiences are the exact ones that he has successfully used in his businesses – you can trust these programs because they are tried, tested, and true.

At any given time, he is advising at least a dozen multi-million and billion dollar companies across dozens of industries, ranging from tech start-ups, home service businesses, quick-service restaurants, banks, telecommunications giants, biotechnology firms, and more. He passes along his customer experience and employee engagement strategies to these companies to help them grow revenue and profitability, all while becoming admired brands.

He is the founder of the People First Culture™ philosophy which is defined as, “An honest commitment from leaders to put their employees and customers at the core of their decision making.”

Companies like LUSH, Verizon Wireless, Alfa Romeo, Lexus, Illumina, Electronic Arts, and BlueCross BlueShield have called on Michel to work with them on their strategy or speak at their company events.

Michel has traveled throughout the world, visiting Canada, USA, Israel, Austria, Australia, Germany, Nigeria, and others to speak at conferences ranging in size from 25 to 1,200 audience members.

I’m not an academic – I’ll be the first to admit that. However, I’ve always been interested in how businesses grow. Naturally, I enrolled in a university. I struggled for two years. I didn’t have a focus or an idea of what I wanted to specialize in. Was it sales, marketing, PR?

It wasn’t clear to me.

In 2006, I was on the court playing basketball with a friend who had just got a gig with a company called 1-800-GOT-JUNK? It was a medium-sized business based in Vancouver that grew quickly from a $1000 investment and into a $150 million dollar international company (today’s revenue being $250 million+).

They had grown into an entrepreneurial success story – and had recently won The Best Workplace in Canada award.

I hurried home and began to study the company. I was glued to the screen – learning as much as I could about what made it a success. I was confident that I could learn more from this company than from any lecture at my university. I was hooked – and wanted to understand what it really took to grow a business so quickly and with this sort of success. I sent off my resume and waited. Now, came the difficult part – breaking the news to my traditional South American parents. It was time to call it quits with school and work for a company that hauls junk. I knew I was too old to be spanked with a wooden spoon, but I got an earful for what felt like an eternity. The conversations weren’t easy – but my parents began to buy into my idea.

Now, I just needed to secure this job.