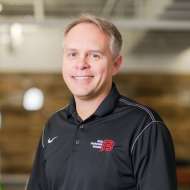 Buzz Franchise Brands is a multi-brand franchising company that builds companies that get people talking. The company is made up of a team energized by developing small businesses into thriving franchise companies with a focus on providing exceptional customer service.

The company began 2012 with mosquito control company Mosquito Joe in 2012. The founders of the local mosquito control business, operating since 2010 in the Hampton Roads area, approached Kevin Wilson looking for advice on expanding their business. The more Kevin learned about Mosquito Joe, the more he felt that franchising was a great opportunity for them. In fact, he was so convinced of the potential of the business that he left his current position in private equity to take charge of Mosquito Joe’s future.  Kevin took over the operation and hired a corporate team to franchise Mosquito Joe. Over the course of the next 6 years Mosquito Joe grew to almost 300 locations operating in 34 states across the country (plus the District of Columbia) before the brand was sold to Neighborly of Waco, Texas (formerly the Dwyer Group) in August 2018.

Along the way, Buzz Franchise Brands incubated two additional brands. The first, a pool cleaning and maintenance business called Pool Scouts, launched in early 2016. Pool Scouts currently operates across nine states and has found success in providing a high quality, professional service amidst an industry where messy pick up trucks and unreliable workers are the norm. In mid-2017, Buzz Franchise Brands introduced Home Clean Heroes residential cleaning business to their home market of Hampton Roads, VA. After operating locally for just over a year, the brand began franchising in late 2018 with plans to become the new standard in the house cleaning industry.

Learn more about our brands at the following links or find us on Facebook!

Kevin Wilson has served CEO and President of Buzz Franchise Brands since July 2012.  Prior to this, Kevin was a Senior Managing Director with Envest Ventures where he oversaw $160M across three funds that made 28 investments, four of which were franchisors.  Before joining Envest, Kevin was a Senior Managing Director of Discovery Americas, a private equity fund based in Mexico City, Mexico. Utilizing his experience in the airline industry, he developed a business plan and co-founded Volaris, (NYSE: VLRS) an ultra low cost airline. His career includes being CEO of South African Airways Technical, the independently owned maintenance operation of South African Airways, based in Johannesburg, South Africa; the CEO and Founder of Benny’s Bagels, a franchisor of retail bagel stores based in Dallas, Texas.  Kevin began his business career working for Bain and Company as a consultant in Toronto, Canada and Dallas, Texas.

Kevin obtained his business degree from the Ivey Business School at the University of Western Ontario, Canada.  Kevin enjoy spending his free time with his wife and children, supporting their many sports endeavors, as well as relaxing with a nice bottle of wine.