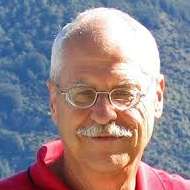 "Leave the world a better place than it was when you arrived."

Jim Olsztynski (pronounced Ol-stin-skee) is the author of Bumps on the Road to Riches – the Big Mistakes That Kill Small Businesses. It is filled with stories and lessons from a long career covering the plumbing-heating-cooling (PHC) industry as an editor and writer from 1977 till he retired full time in 2011. He was founding editor of Plumbing & Mechanical magazine in 1984, and until retiring in 2011 held simultaneous positions as Editor of Supply House Times, Editorial Director of Plumbing & Mechanical and Consulting Editor of PM Engineer magazines, all owned by BNP Media Co.

Jim also published or supervised publication of several e-newsletters put out by BNP Media’s Plumbing Group. From 1993 until 2003, he published a multiple award-winning paid-subscription newsletter, PHC Profit Report. Throughout his career, Jim has received more than two dozen awards for editorial excellence, detailed below.

Jim has served as a keynote speaker at dozens of PHC industry events, and has conducted seminars on business and promotional writing, small business marketing and various industry-related topics. He appears on camera as a plumbing industry spokesperson for the History Channel’s Modern Marvels program titled: “Arteries of Civilization: The History of Plumbing.” It was first shown in 1997 and has been rerun several times each year since. Jim assisted with production of that show, which grew out of Plumbing & Mechanical’s “History of Plumbing” series, which ran in the magazine for a 10-year span during the 1980s and 1990s.

Jim is a past president of the Construction Writers Association.

In addition to trade writing, Jim has had articles published in the Chicago Tribune, Chicago Reader and several other consumer publications. He holds B.A. and M.A. degrees in English from the University of Illinois-Chicago, where he taught expository writing for two years.

Although retired, he continues to contribute as a freelance writer to several organizations that he used to work with and cover as a trade journalist. He produces a monthly e-newsletter, Plumbing Business Outook, for the American Supply Association, a quarterly newsletter, “Profit Report,” for the Service Roundtable, and a twice-monthly blog for the Explore the Trades website

Facebook, LinkedIn. To read past articles, visit www.pmmag.com or www.supplyht.com, do a search on my last name, Olsztynski, and you will find hundreds of articles written over the years.

I am the first of my family to attend college, made possible only by a modest stipend from the G.I. Bill, coupled with working 30-35 hours a week driving a taxi in Chicago, and serving as editor of the school newspaper. All the while I took full course loads, including summer terms, that enabled me to graduate in 3 years with a degree in English from the University of Illiniois - Chicago, where I later landed a teaching assistantship and received a master's degree in English with a specialty in creative writing. I was busy as hell! Yet the experience taught me time management skills that have stuck with me throughout life.