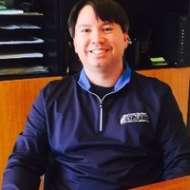 For over 35 years, F.H. Furr Plumbing, Heating, Air Conditioning & Electrical has provided quality home comfort services to residents of Northern Virginia, DC, and Maryland while making a difference in the lives of those in their community. Over the years they’ve acquired an excellent reputation that speaks to the character of their company.

F.H. Furr is a family and veteran owned-and-operated business, founded by Floyd Furr in 1981. Over time, it has amassed hundreds of loyal customers, and has grown into one of the areas leading premiere home service companies. From its inception, F.H. Furr has focused on providing trusted service to their customers and getting the job done right the first time! Their commitment to knowledge, experience, and professionalism is evident in the workmanship of their highly knowledgeable technicians who undergo hundreds of hours of continuous training each year to meet F.H. Furr’s high standards.

F.H. Furr currently has over three hundred employees, and calls Manassas, VA home as it is the location of their main headquarters. In addition, they have locations in Gainesville, VA and Gaithersburg, MD. F.H. Furr holds an A+ rating by the Better Business Bureau as well as numerous awards and honors such as Angie’s List Super Service Award, Lennox Outstanding Achievement Award, Best Home Service awards from Northern Virginia Magazine, and many others. With thousands of positive reviews online, F.H. Furr prides itself on maintaining their reputation for the sake of their customers who require a trustworthy, reliable company to care for their homes.

F.H. Furr has grown in leaps and bounds over the years, achieving milestones such as financing over $1 million through their service divisions in just three months. But there’s more to this company than just financial strength. F.H. Furr gives 10% of their yearly revenue back to the community, through “F.H. Furr Cares”, a division of the company whose sole focus is on giving back. They partner, sponsor, and contribute to numerous charities, local schools, and organizations throughout the area, working to build up their neighbors through financial and volunteer support.

F.H. Furr understands that customers have a plethora of options when it comes to home service providers, but they are confident that no other company can compete with their training, experience, and customer-focused drive! F.H. Furr has gained success because of their diligent work and their determination to maintain quality over making a buck. “This company has been around for a long time, and we don’t intend to stop now,” said Jesse Furr, CEO of F.H. Furr. “We will continue to keep up with cutting edge technology, fair pricing, and trustworthy services that our customers can always count on. It’s all a part of the F.H. Furr Difference.”

Darius Lyvers’ first encounter with HVAC happened nearly twenty years ago when he accepted a sales position in Virginia Beach, selling heating and cooling equipment. He realized he had a knack for making sales that others couldn’t, making him a valuable asset to his company. After relocating to Northern Virginia, he was determined to continue on the path he’d begun, and he started his career at F.H. Furr. For ten years, he worked as a Comfort Consultant and an outside sales consultant where management at F.H. Furr took notice of his strong sense of leadership and understanding of the industry. After years of faithful work, he was appointed Director of Sales, heading up a department of 18 Comfort Consultants who were out in the field daily. This high-pressure position prepared him for what was to come. Only a few short years later, Darius had worked his way up, becoming the Chief Operating Officer for F.H. Furr.

During his time as COO, Darius has implemented changes to build the company up financially and internally, fostering a culture that enables employees to grow in an encouraging environment with the tools they need to succeed. It is his goal to see F.H. Furr continue to expand while maintaining their family feel, high caliber of service, and the values that make them stand out from the rest.